A former cop who formed the first all-female New Orleans Mardi Gras float has been accused of ripping off members to fund her lavish lifestyle.

Julie Lea, 47, is being sued by five former members of the ‘Mystic Krewe of Nyx’ for allegedly stealing tens of thousands of dollars from members including, keeping their tips for float drivers, pocketing donations for a member whose home burned down and using their Nyx funds to pay her rent.

Members say she ‘rode high and lived a lavish life’ as her Instagram shows her flashing designer jewelry, posing by the pool and attending fancy events.

Lea, who served 18 years with the New Orleans police department and worked as a police chief of Delgado Community College until she was fired in 2017, founded Mystic Krewe of Nyx’ in 2011 as a non-profit organization.

It quickly became one of the largest parading krewes in Carnival, held on Shrove Tuesday every year, and at its peak had about 3,400 riders.

But relations soured after she posted the ‘All Lives Matter’ meme to the group’s social media account and her personal account after George Floyd’s death at the hands of Minneapolis Police Officer Derek Chauvin on May 25, 2020.

It also claimed she used the Nyx bank accounts to pay $7276 for a vacation rental in Gulf Shores, splashed out more than $2700 on meals at three city restaurants, Tony Angello’s, Pascal’s Manale and Columns, and the Southern Yacht Club.

She also is alleged to have used the non-profit’s funds to spend $196.61 on shoes, make dozens of iTunes payments and fund her gym membership. 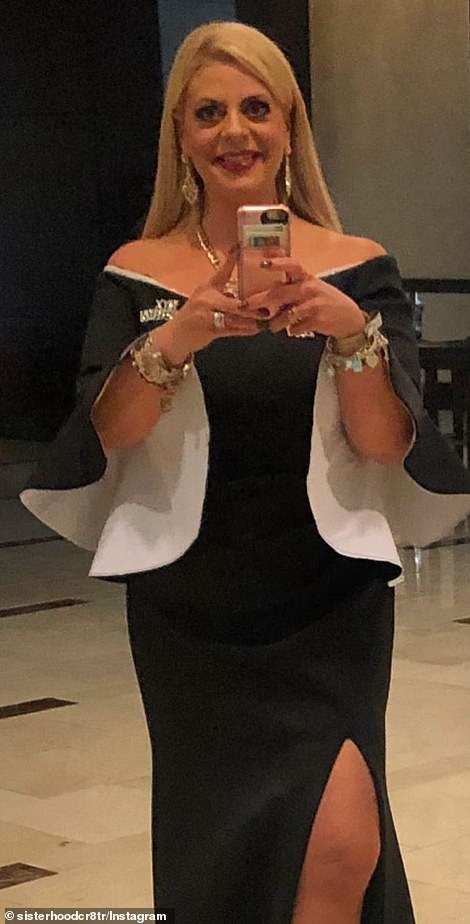 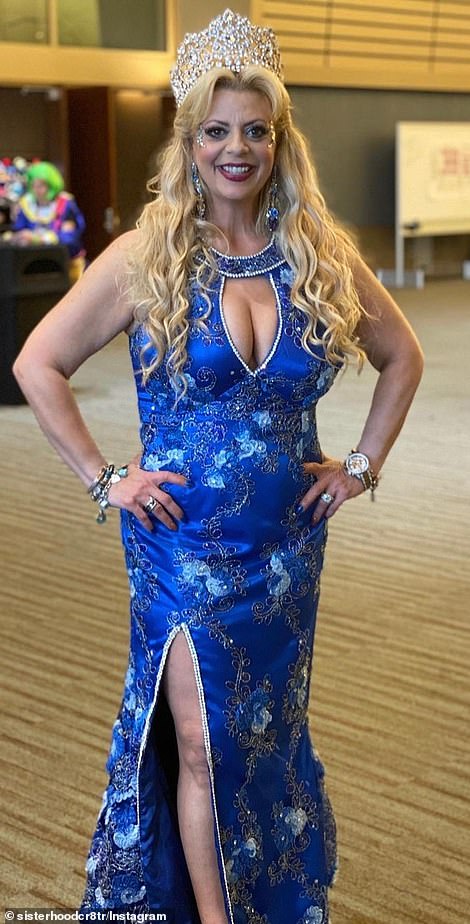 Julie Lea, 47, is being sued by five former members of the ‘Mystic Krewe of Nyx’ for allegedly stealing tens of thousands of dollars from members including, keeping their tips for float drivers, pocketing donations for a member whose home burned down and using their Nyx funds to pay her rent 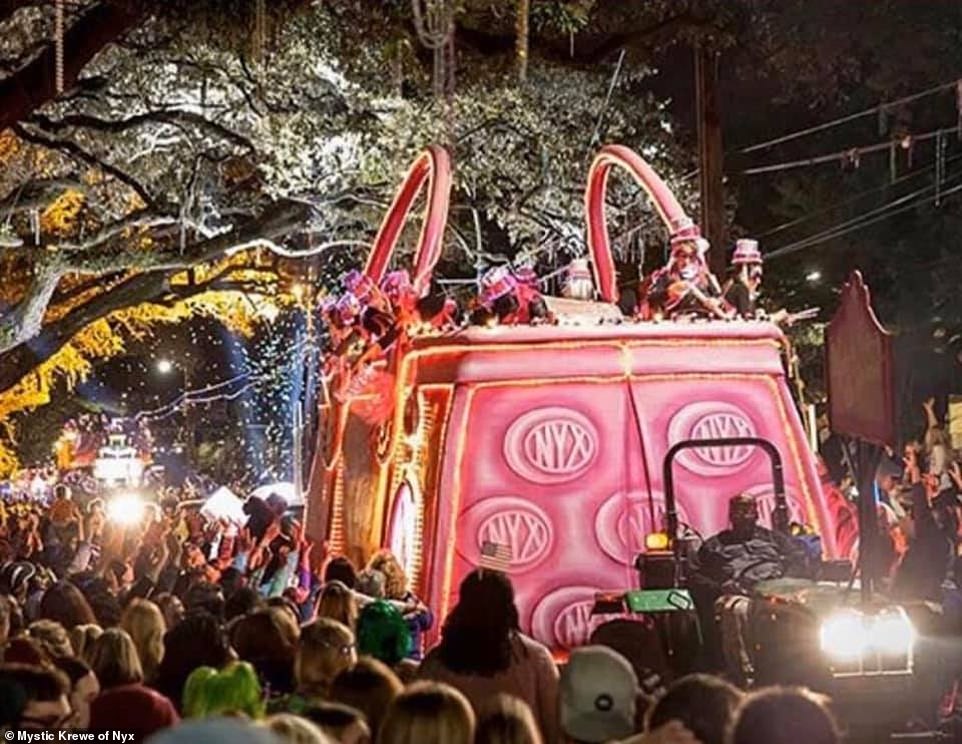 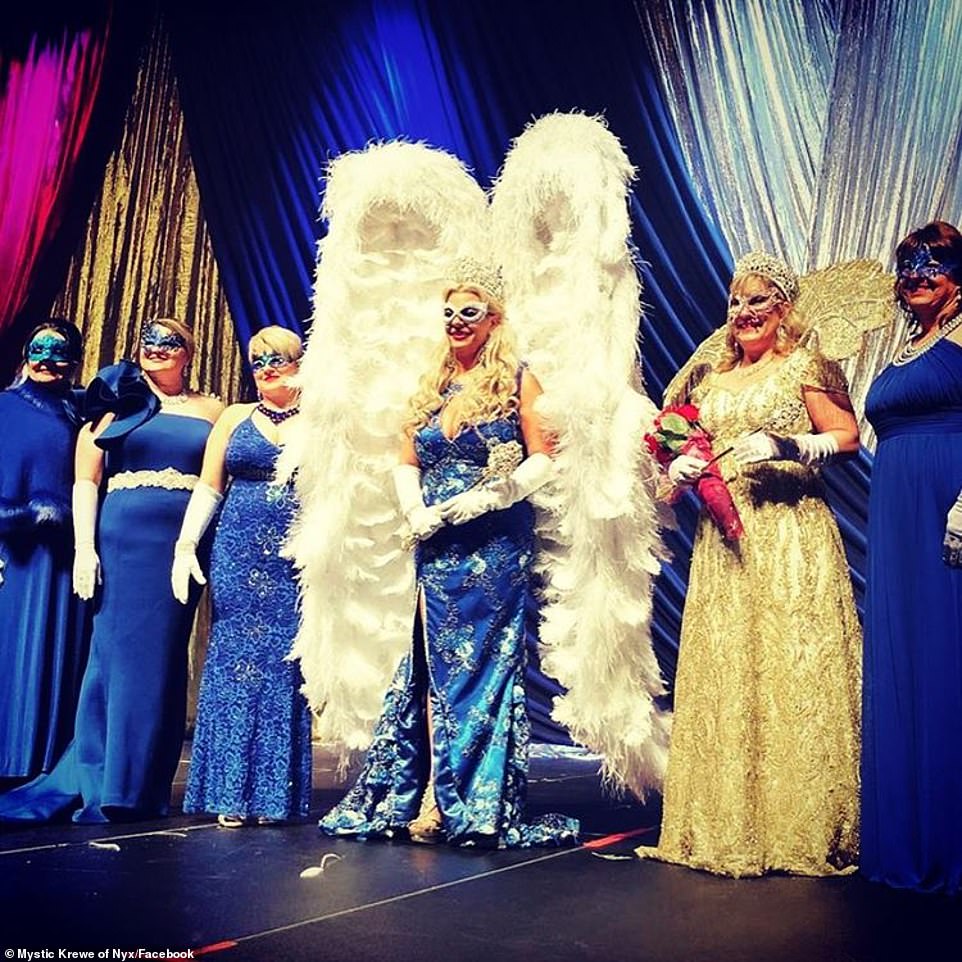 Her attorney has dismissed the class action lawsuit as ‘just a hamburger without the hamburger and only buns’. The Nyx crew were renowned for their extravagant outfits, and Lea usually took center stage

Lea later apologized, issuing a press release to say she took responsibility for her ‘own lack of knowledge’.

‘The Krewe of Nyx is built on a sisterhood that includes members from all walks of life, including many in the African American community,’ she wrote in her public apology. 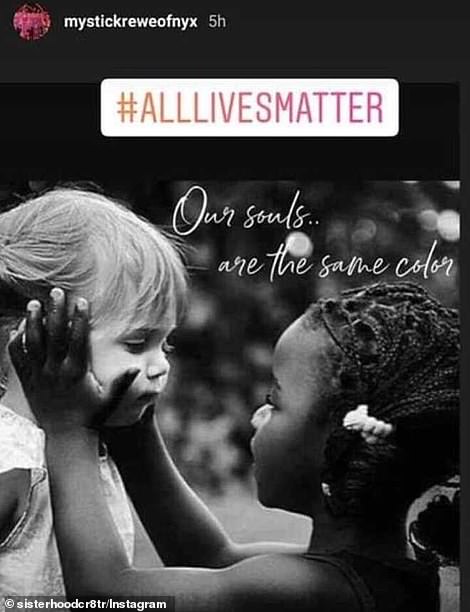 ‘I now realize, no matter how it is used, ‘All Lives Matter’ is divisive and tone deaf.’

Members of the Nyx group met with Lea privately to urge her to use the phrase ‘Black Lives Matter’.

When she refused, dozens of members resigned from the ‘krewe’ and demanded their fees of between $150 and $900 be reimbursed.

The out-of-pocket members went to the small claims tribunal  to try to get their money back.

Lea refused to pay, and counter-sued to try to get a formal ruling banning any other members from seeking refunds.

This prompted five former crew members to file a class action lawsuit against Lea, her husband Chris, and several businesses they own.

‘You’ve got people in real hardships that could use that money,’ former Nyx member and lawsuit plaintiff Holly McKenney told 4WWL.

‘And you’re not doing the right thing. That makes no sense to me.’

Lea has fashioned herself as something of self help guru in recent years but she previously worked for the New Orleans Police Department for 18 years.

She resigned in 2015 from her role as a lieutenant with the internal affairs section in 2015 while being investigated for failing to ‘properly supervise subordinates,’ according to police records reported on by the Washington Post.

Her resignation occurred during a time when dozens of police officers who had been forced out of the New Orleans PD for misconduct found jobs at nearby police departments.

She took up a job as police chief at Delgado Community College, in New Orleans, where she was fired in 2017 after inappropriately assigning two school officers to a private funeral detail, NOLA reported.

At the time she wrote to members of the ‘Nyx’ crew to assure them her firing would not impact the Mardi Gras float.

Her husband Chris, technology director with the New Orleans Police Department, was the subject of an internal investigation for allegedly hacking into a rival Mardi Gras crew’s website.

The suit alleges her ‘reign as captain has been characterized by personal enrichment’ at the expense of its members.

It claims she took $7,276 for a vacation rental members were encouraged to go on and thousands of dollars in overcharges at restaurants, gyms and yacht clubs.

The five plaintiffs say Julie Lea insisted each member pay a $10 tip to float drivers and $10 for the buses that brought the riders to their floats.

The suit claims the drivers did not receive their 2019 Mardi Gras tips and the ‘tens of thousands of dollars’ was instead pocketed by Lea.

It goes on to claim Nyx lived in a rental home which the non-profit was paying for. 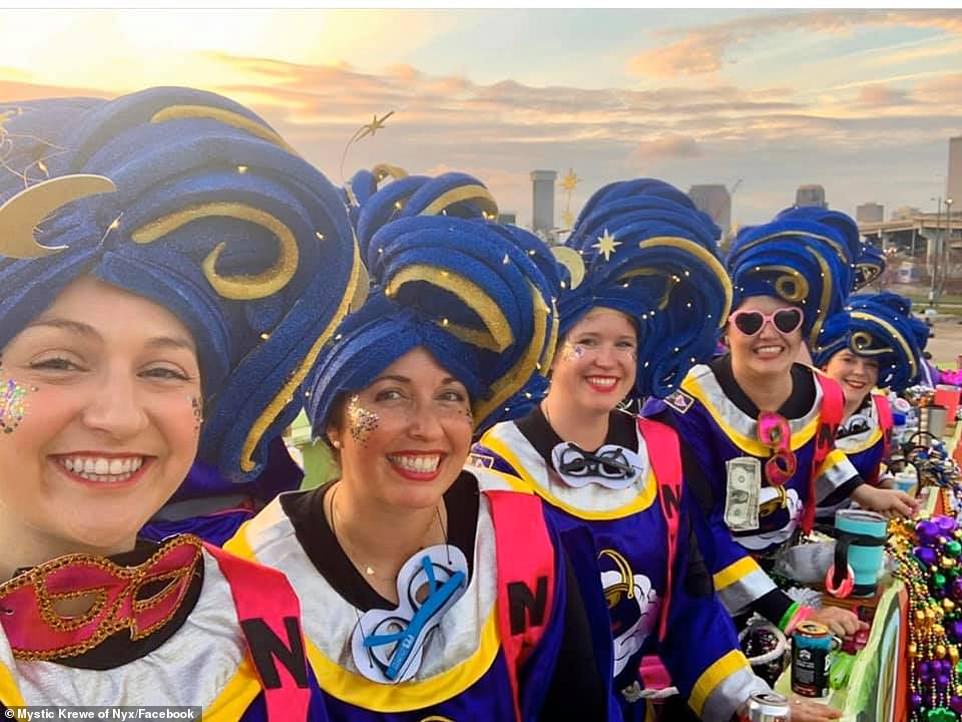 Dozens of members resigned and demanded their fees – of between $150 and $900 – be returned. They took their fight to the small claims tribunal, but Lea then counter-sued 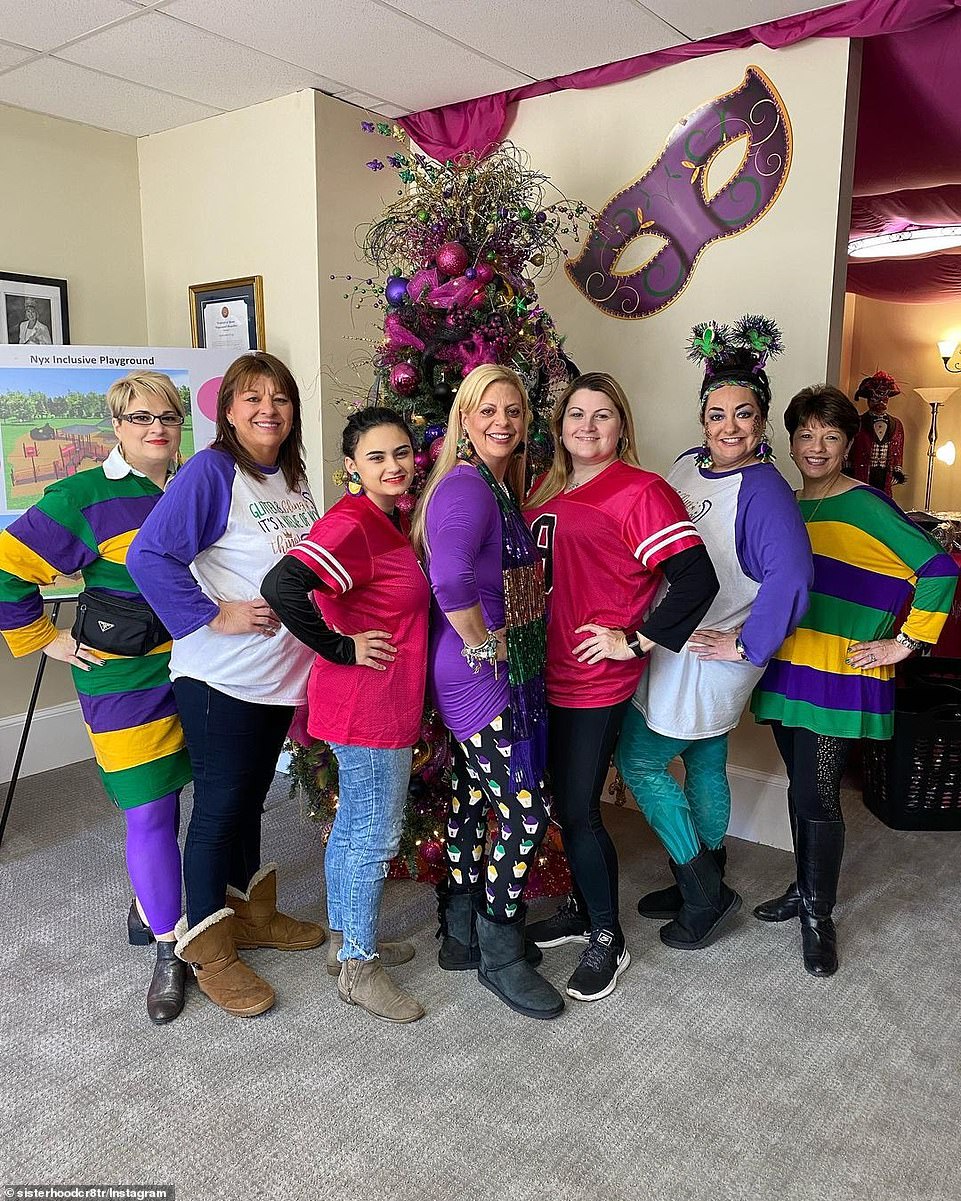 The feud has since then escalated, with former members alleging Lea was using the funds from the non-profit on her lavish lifestyle 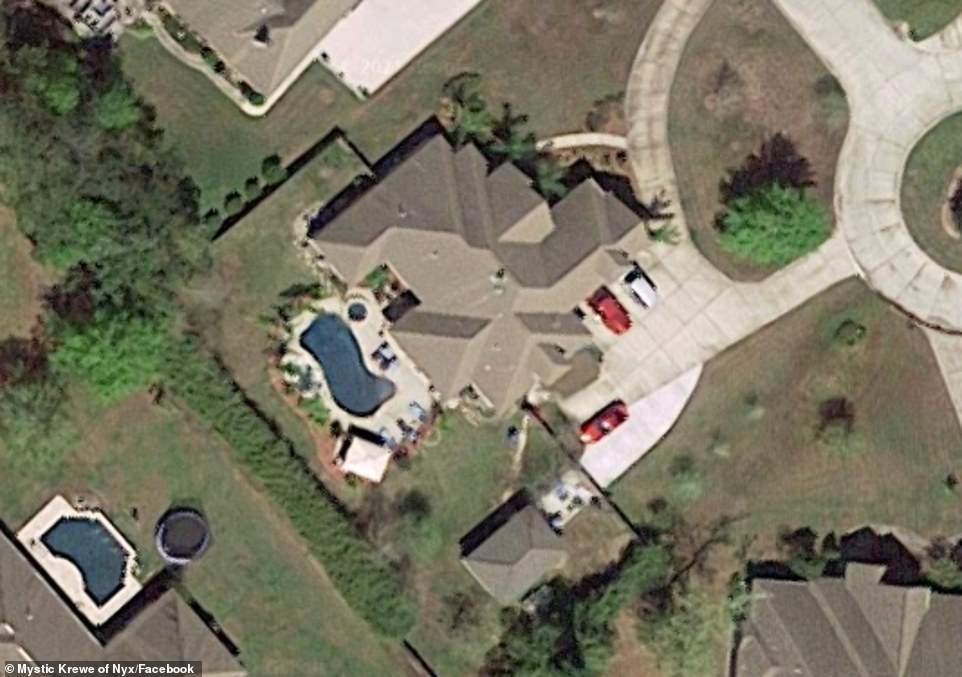 The suit alleges that Lea used dues from the Mardi Gras outfit to rent a $570,000 home in the suburb of Lakeview, at a cost of $2500 per month

The suit alleges Lea held a fundraising dinner for a Nyx member Cantrece Reed who’s house was destroyed by fire in November 2019.

Afterwards the funds disappeared, the suit claims, and were never delivered to Reed.

The Sternberg, Naccari & White law firm are asking any current or former Nyx members to join the class action lawsuit.

‘After she revealed herself as oblivious and insensitive to the ethnically diverse Krewe she purported to command, it turned out that Julie Lea had become, effectively, the Krewe’s income beneficiary,’ the law firm wrote.

‘In this case, the Plaintiffs will show that Lea controlled the Krewe of Nyx for her personal benefit. Lea converted charitable funds donated to a Nyx sister whose house burned to the ground, she required Krewe members to pay her husband’s company, and tips intended for drivers disappeared—ostensibly into Lea’s pocket.

‘She insisted so many transactions be in cash money. The Plaintiffs believe she engaged in racketeering, breach of contract, and unfair trade practices, which can only be compensated in the same: damages.’

Her attorney Doug Sunseri dismissed the lawsuit is frivolous.

‘This petition, it’s just a hamburger without the hamburger and only buns,’ he told 4WWL. 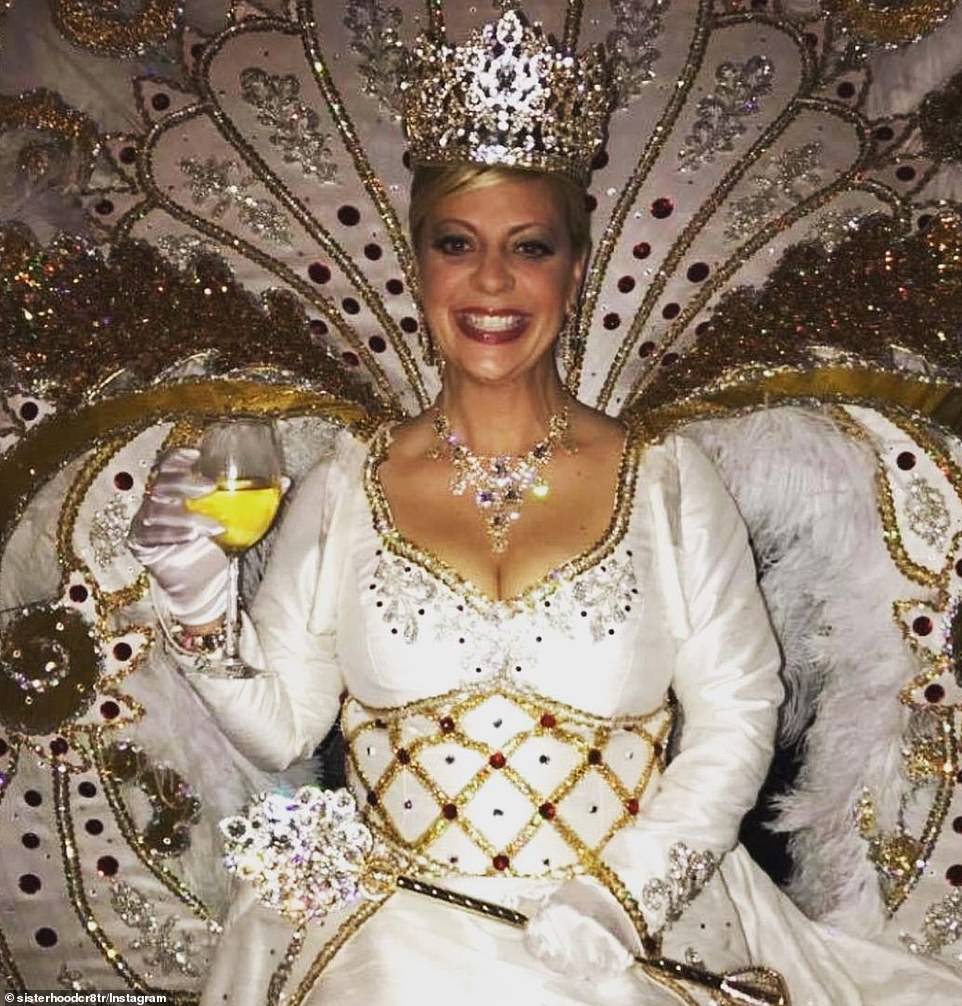 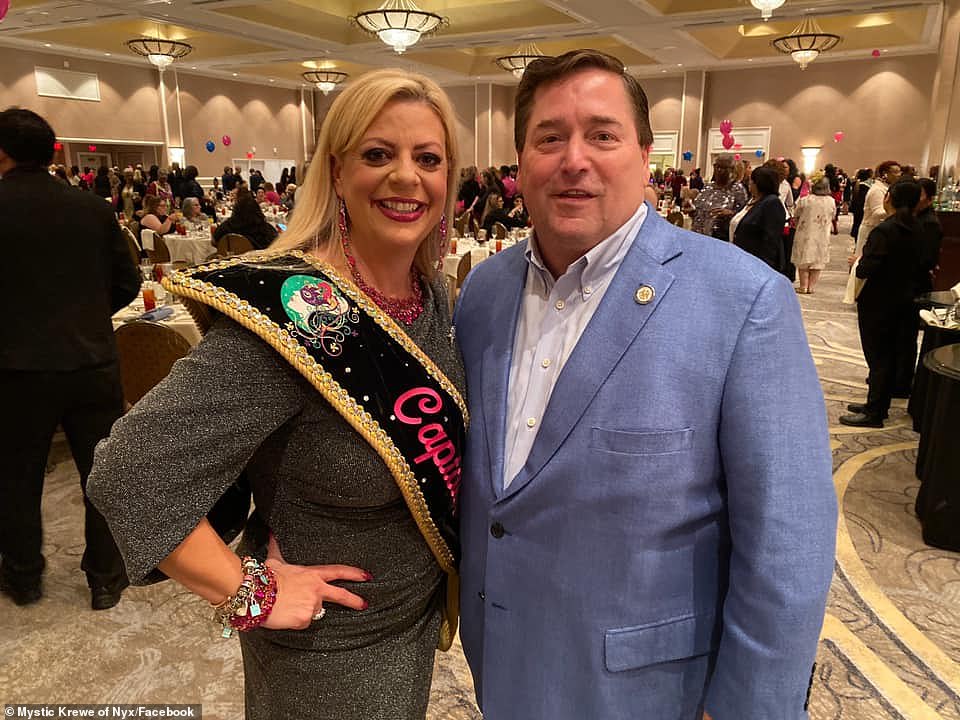 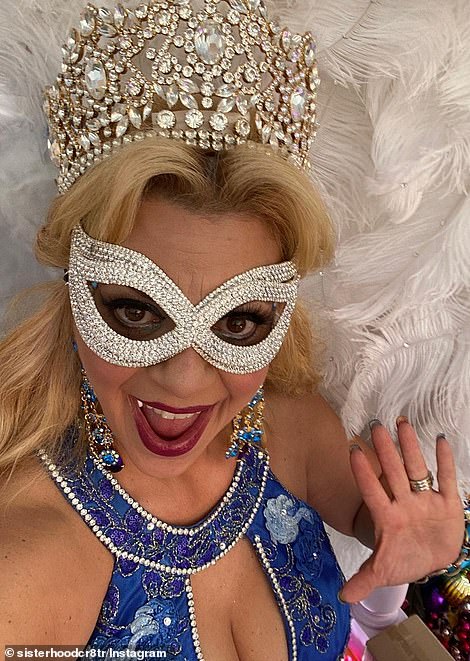 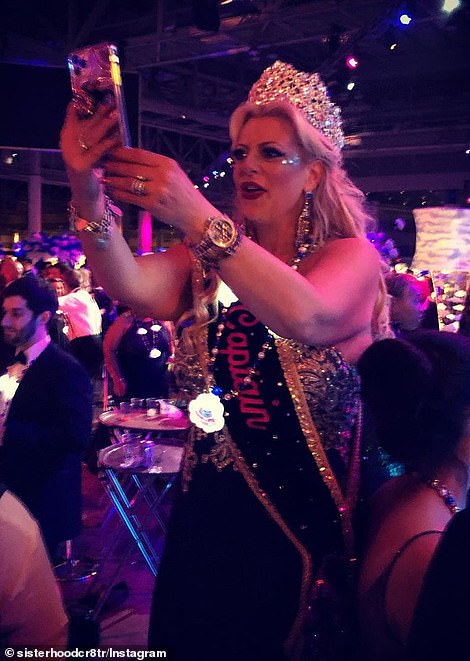 At the time she was fired from Delgado College, Lea wrote to members of the Nyx crew to say her dismissal would not impact on the organization 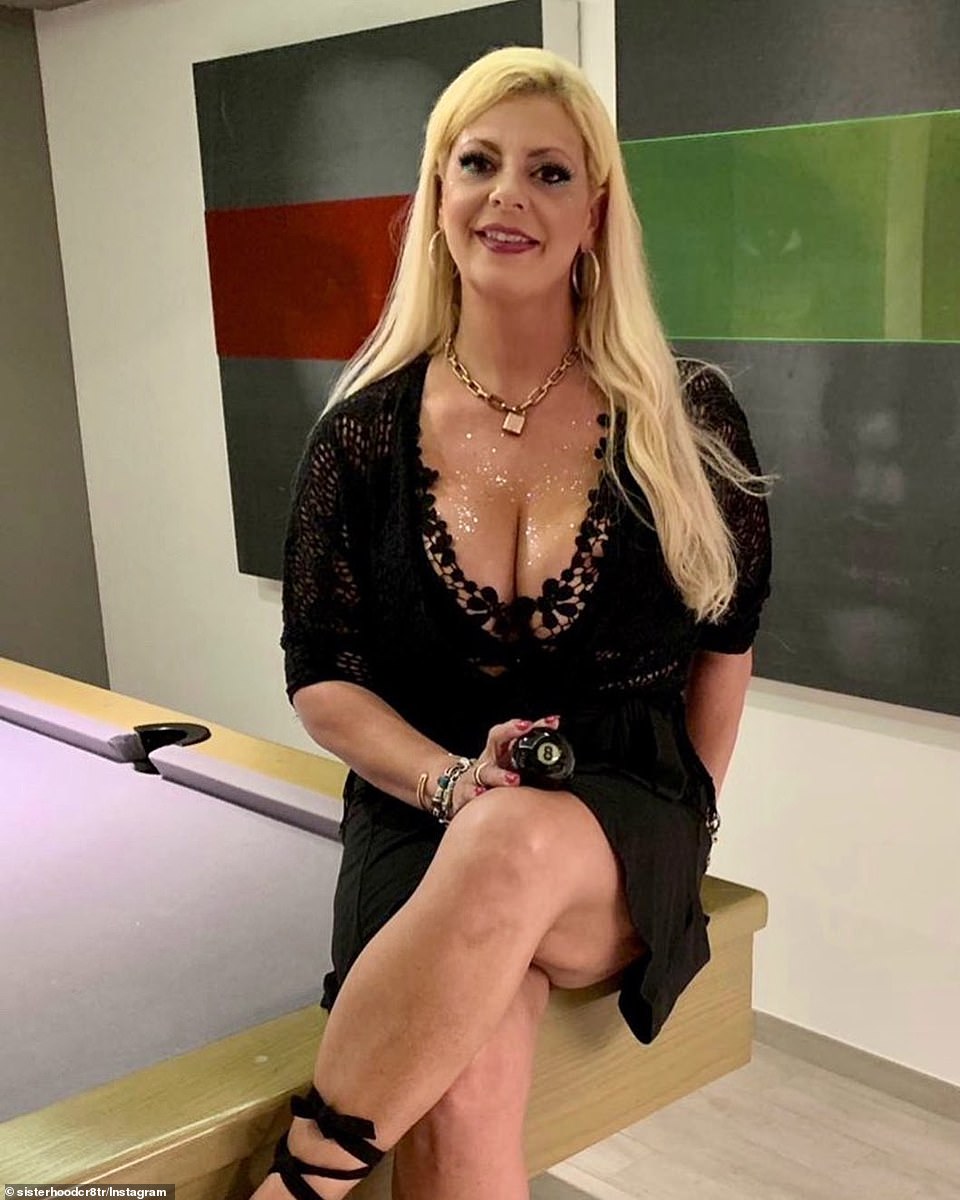 Lea has also launched her own podcast and offers her ‘clients’ financial, emotional and spiritual wellbeing courses and personalized treatment

Kellie Barnes, who helped found Nyx with Julie Lea, alleged that Chris Lea had obtained the waiting list of the ‘Krewe of Muses’ by hacking that site in 2012, according to a report in NOLA.

In a Facebook Live broadcast in June 2020 amid the fallout over Julie Lea’s All Lives Matter post, Barnes told how Lea produced a list of women who had registered an interest in joining the all-female Muses float.

‘I said, ‘Wow, where did you get this list? She said, ‘Well you know when your husband is in charge of IT for NOPD, there’s ways to break into other people’s websites.’

Chris Lea was ‘reassigned’ and had his access to all city networks ‘suspended’ by the New Orleand PD.

Julie Lea’s personal Instagram account and website marketing herself as a life coach are peppered with inspirational quotes and selfies of her wearing extravagant necklaces, designer sunglasses, and show her posing in front of swimming pools and sitting on a kitchen counter with wine glass in hand.

She uses hashtags like Bossbabe, You Got This, and Your Life Your Way.

There is no mention of her police service in the ‘about’ section of her personal website promoting herself as a life coach.

Lea has also launched her own podcast and offers her ‘clients’ financial, emotional and spiritual wellbeing courses and personalized treatment.

Mardi Gras celebrations used to attract around 1.4 million visitors prior to the pandemic for the days-long, riotous street parties featuring hundreds of floats.

Riders typically pay hundreds of dollars to participate in the parade, dressing up and riding on colorful floats which drive through city districts, including the famous French Quarter.