The Marine Corps has launched a fresh inquiry into a amphibious tank disaster that killed nine men after the victims branded the first probe a whitewash.

The new investigation  follows an outcry from the relatives of some of the service members killed in the disaster, who have questioned why no general was held responsible even though the initial inquiry said the tragedy could have been prevented.

On July 30, a seafaring armored tank sank off San Clemente Island – located off the Southern California coast – killing eight Marines and one sailor.

The announcement of the second investigation comes less than two weeks after the maritime branch released its findings into the accident.

It was found the accident was caused by inadequate training, shabby maintenance of the amphibious vehicles and poor judgement by commanders, the report said.

The commanding general of Marine Corps Forces Pacific said another leader ‘bears some responsibility’ because necessary assessments were not carried out. 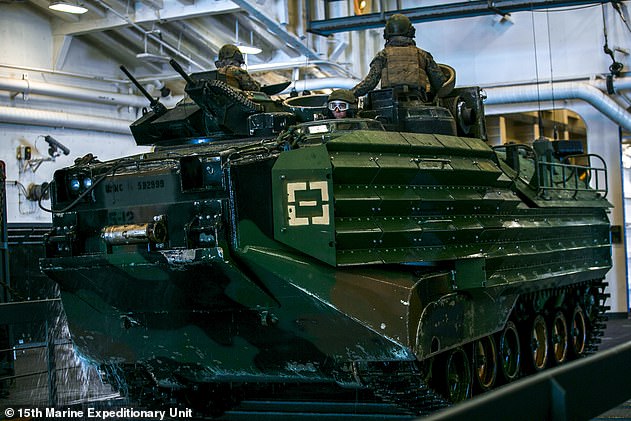 The vehicle took on water on July 30, 2020 while 15 Marines and one sailor were inside near San Clemente Island in Los Angeles County. Pictured: The 15th Marine Expeditionary Unit is seen during training on July 27 2020, three days before the disaster 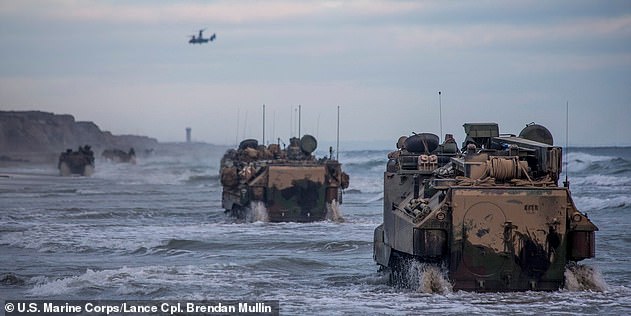 The training accident 70 miles (113 kilometers) off San Diego´s coast was one of the deadliest for the Marines in recent years. Leaders said it could have been prevented.

An investigation report released March 26 detailed a slew of missteps and oversights, and that the vehicle should never have left the off-ramp in the first place.

Slides from the report obtained by The Marine Corps Times reportedly show one failure after lead to the nine deaths.

‘Crew deviations from required actions per the Common SOP (standard operating procedures) … the general lack of experience and effective instructional periods doomed this crew and its passengers to a preventable tragedy,’ one of the slides read, according to the new outlet.

One of the failures was the vehicle itself, it said. It had ‘two specific areas of watertight integrity that would have met Not-Mission Capable Deadline criteria,’ according to the slides.

Such faults, if detected, would have meant the vehicle would never have been used for training in the first place. 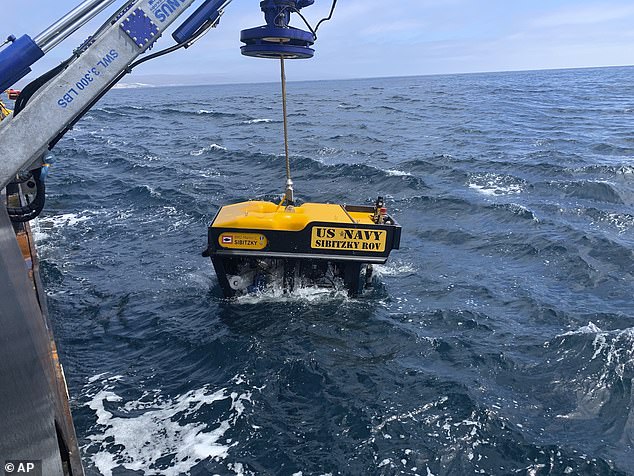 An Undersea Rescue Command deploys the Sibitzky Remotely Operated Vehicle (ROV) from the deck of the Military Sealift Command-chartered merchant vessel HOS Dominator off the coast of Southern California in search for the bodies on Monday, August 3, 2020

The Assault Amphibious Vehicle (AAV) was returning to the USS Somerset, an amphibious ship, after a day of training training for the Marines on San Clemente Island, a Navy-owned facility, when it started to take on water.

In addition to the two potential leaks, the slides also showed that emergency lighting inside the vehicle was stuck in the disabled position.

That left the crew of the amphibious assault vehicle in the dark and using their cell phone lights to desperately try to find an unmarked escape hatch as they took on water.

However, when trying to open the hatch himself, one of the marines discovered the ‘handle had spun past the open position due to a broken woodruff key.’

The boat had lost audio communication, according to the slides, leaving the Marines to resort to using flags to signal they were sinking. There were also no safety boats nearby to save them.

Although nine died, seven Marines in the vehicle, including its commander, survived. 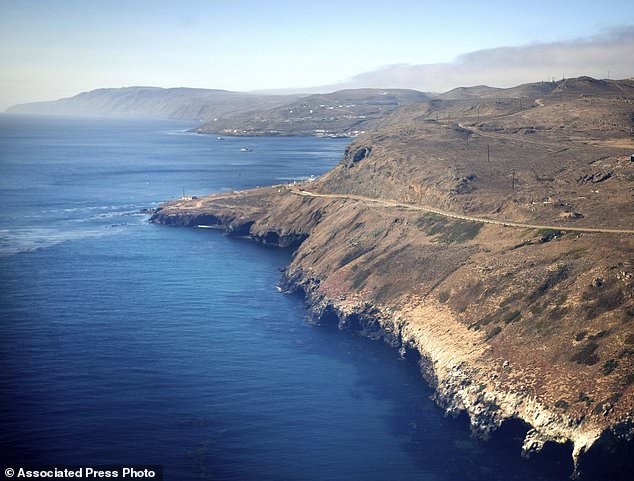 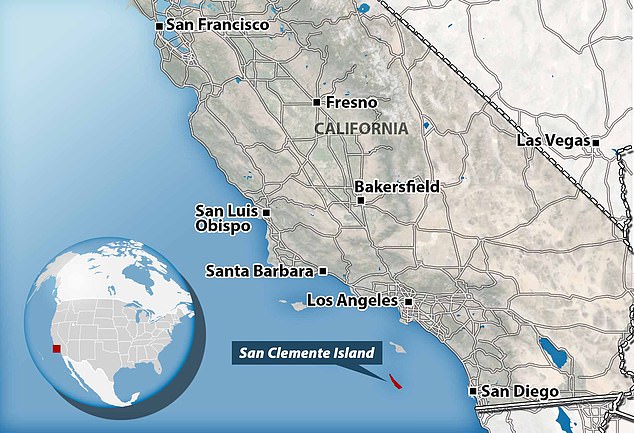 Pictured: A map showing the location of San Clemente island, off the coast of San Diego

The victims of the amphibious tank disaster

Seven marines in the vehicle, including its commander, survived.

Marine Corps officials declined to say what prompted the unusual move to open an additional investigation, which started Friday and could lead to new disciplinary actions.

A board of officers led by Lt. Gen. Carl Mundy will review the formation of the 15th Marine Expeditionary Unit at Camp Pendleton, its readiness and training and its oversight by headquarters.

The Marines use the vehicles to transport troops and their equipment from Navy ships to land.

The armored vehicles are outfitted with machine guns and grenade launchers, and look like tanks as they roll ashore for beach attacks, with Marines pouring out of them to take up positions.

Three commanders have been dismissed as a result, including Col. Christopher Bronzi, the commanding officer of the 15th MEU, and Lt. Col. Michael Regner, who commanded the 1st Battalion, 4th Marines.

The unit is made up of more than 1,000 troops, all of which reported to Bronzi as part of his task force.

The Marine Corps announced the probe after notifying all families of those who died. Some of the families told The Washington Post they questioned why no generals were held accountable.

‘Why are these men allowed to be in control of people´s lives period anymore?’ Christiana Sweetwood of Danville, Virginia, whose son was among those killed, said in an interview last week with the newspaper.

‘No more. That´s the angry part of me speaking. Are these generals getting off and these lower-level guys taking the blame?’

News of the investigation released on March 26 raised the possibility that more people may be culpable for the disaster. 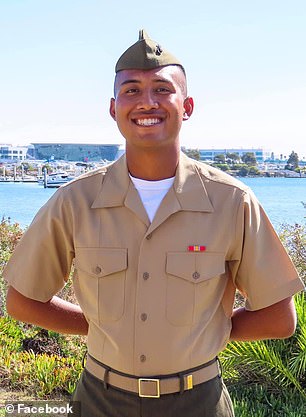 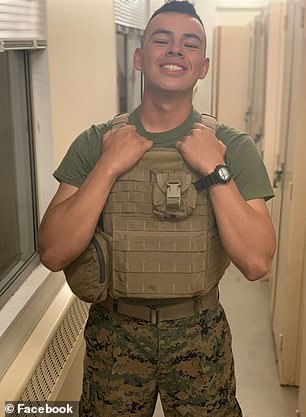 The body of Pfc Bryan J. Baltierra (left), 19, of Corona, California, was flown to Delaware. Found at the scene was Lance Cpl Guillermo S. Perez (right), 20, of New Braunfels Texas. His body was flown to the Dover base on August 5 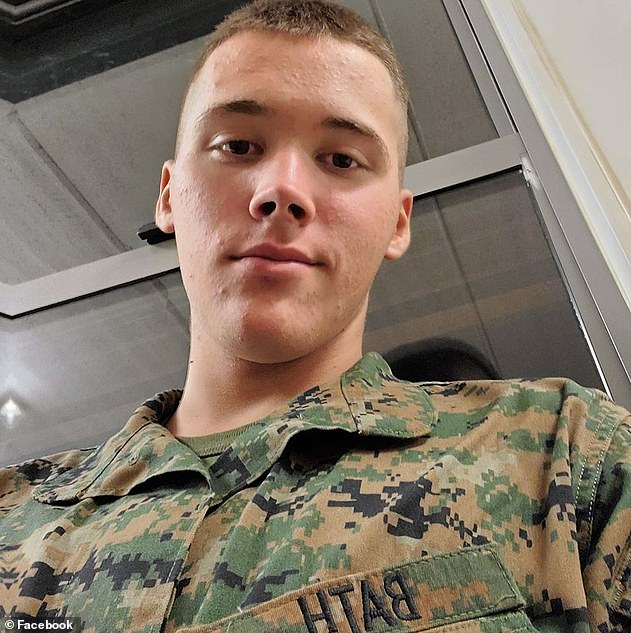 Pfc Evan A. Bath, 19, of Oak Creek, Wisconsin, was killed during the accident last year 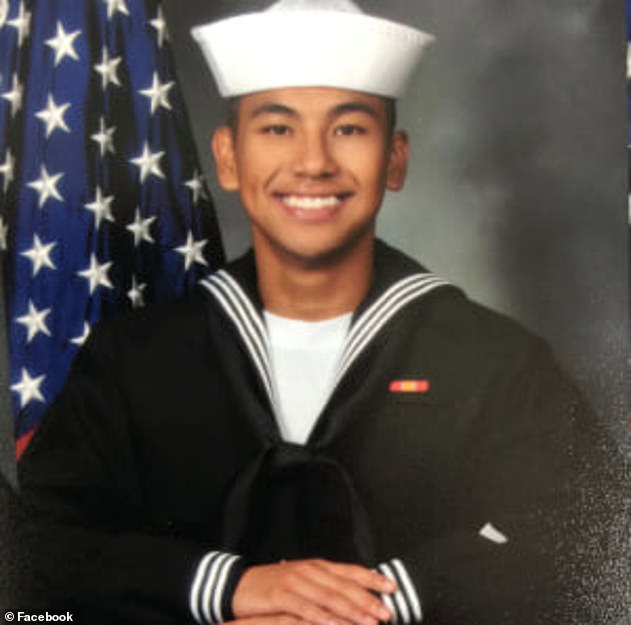 US Navy Hospitalman Christopher Gnem, 22, of Stockton, California, was one of the victims. Gnem was posthumously advanced to the rank of Petty Officer Third Class and awarded his enlisted Fleet Marine Force Warfare Specialist qualification 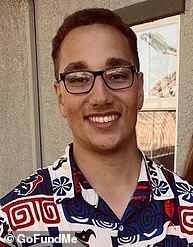 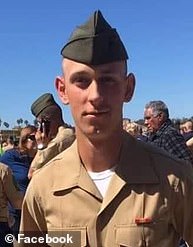 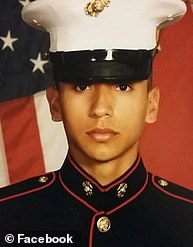 These include Major General Robert Castellvi, the former commanding general of the 1st Marine Division, who oversaw the training of the Marines in the platoon of amphibious assault vehicles involved in the July 30 incident.

Lieutenant General Steven Rudder, the commanding general of Marine Corps Forces Pacific, found Castellvi ‘bears some responsibility’ because the Marines involved did not receive a required assessment before they were reassigned to the 15th MEU.

This is known as a Marine Corps Combat Readiness Evaluation.

Rudder opted not to discipline Castellvi – who is now the service’s inspector general – saying the marines involved had already been transferred under Bronzi.

The former commander of the 3rd Assault Amphibian Battalion was also cited in the investigation, but did not name him. It said the commander failed to ensure the marines involved in the AAV platoon received the required readiness evaluation and that the vehicles were fully operational before being assigned to the 15th MEU. 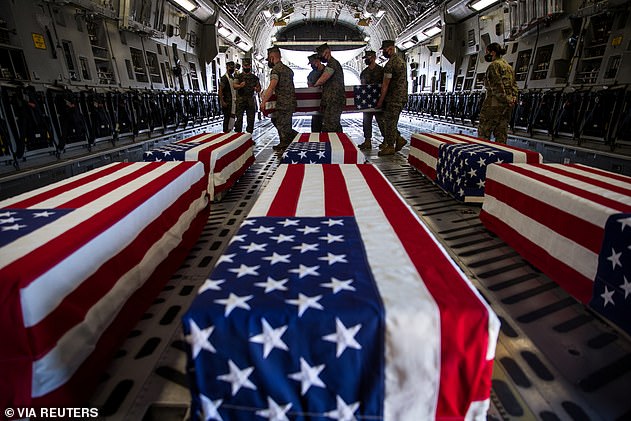 The coffins of the nine men who died arrive at the Dover Air Force Base in Delaware where they were received by family members, August 12, 2020

Rudder also wrote in his assessment that the coronavirus pandemic had a part to play in the disaster.

‘In my opinion, this distracted personnel from the attention to detail required to form a MEU,’ Rudder wrote.

‘However, to the extent any such distractions occurred they should not have prevented the units involved from accomplishing their respective missions.’

A conversation prompted by the disaster was held last week between General David H. Berger, the commandant of the Marine Corps, and Admiral Mike Gilday, the chief of naval operations.

‘What we discussed was the fact that there are gaps and seams where there shouldn’t be gaps and seams in Navy and Marine Corps operations at the tactical level,’ Gilday said in a call with reporters.

‘So these are combined operations that we’ve been doing for some time now, and to have separate requirements on the Marine Corps side and the Navy side just doesn’t make sense.’ 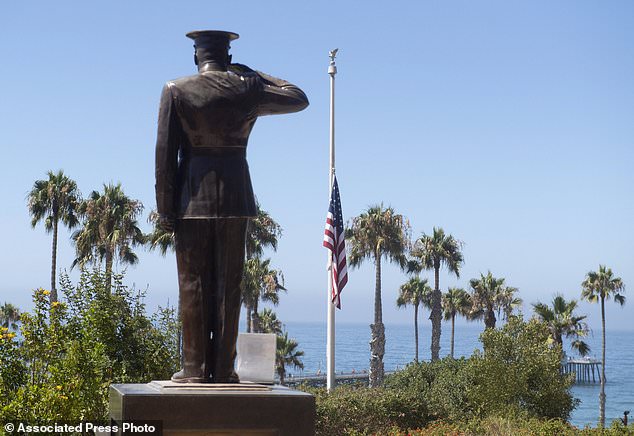 FILE – In this July 31, 2020, file photo, the U.S. flag was lowered to half-staff at Park Semper Fi in San Clemente, Calif., after a seafaring assault vehicle sank off the coast of Southern California.

Claudia Conway threatens to release ‘hours and hours’ of video to...