Thriller deepens over bashing demise of an aged man, 87, who was savagely crushed in his own residence and left in agony for FIVE HOURS

Thriller surrounds the circumstances behind a vicious assault of an aged man who was bashed and left for useless in his own residence.

Kon Kritikos, 87, was found at his property in Coburg, in Melbourne‘s north, by his son round 11pm on November 11 final yr with vital accidents.

He died in hospital on November 24, virtually a fortnight after the assault.

Detectives have now revealed Mr Kritikos was set upon by a ‘cowardly and callous thief’, and confirmed they’re nonetheless taking a look at a feminine suspect. 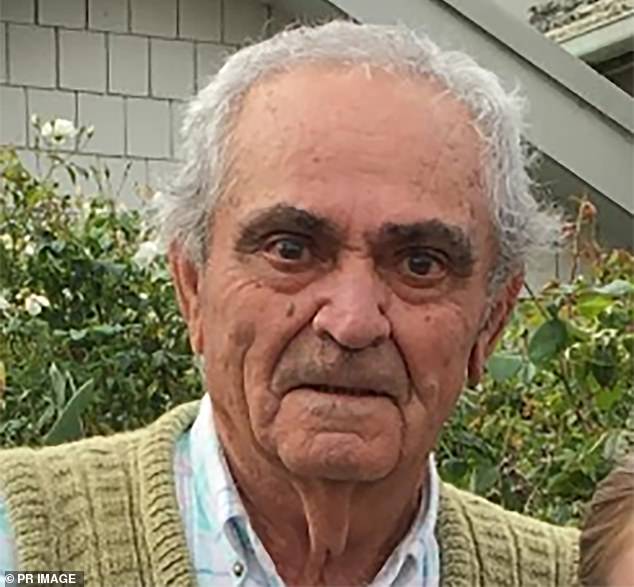 Kon Kritikos, 87, (pictured above) was bashed at his Coburg dwelling on November 11 final yr – he later died from his accidents

The murder squad has confirmed Mr Kritikos was assaulted between the hours of three.30pm and 5.30pm on November 11.

He lay injured for nearly six hours afterwards, unable to name for assist, till he was discovered by a member of the family at 11pm.

At this stage, nobody has been charged over the bashing, however detectives interviewed a Coburg man, 57, and a lady, 45, from Kurunjang, each identified to Mr Kritikos.

Police imagine the girl was seen at Kritikos’ residence earlier within the day he was discovered critically injured.

‘He was a person of impeccable character, who was a lot liked, labored onerous and paid his taxes,’ Detective Day mentioned on Saturday.

‘[Mr Kritikos] contributed to society his complete life, solely to have that life snuffed out by a heartless, cowardly and callous thief.

‘This was an extremely violent assault on one of the vital susceptible members of our neighborhood.

‘I’m dedicated to discovering the individual or individuals liable for this… I imagine it is solely a matter of time.’

With no signal of pressured entry, police imagine Kritikos knew his attackers.

11,000 Workers Of The Audit Service Petition Akuffo-Addo Over Domelevo’s Successor

Anti-capitalist academics are ‘fuelling campaigns to remove statues across Britain’